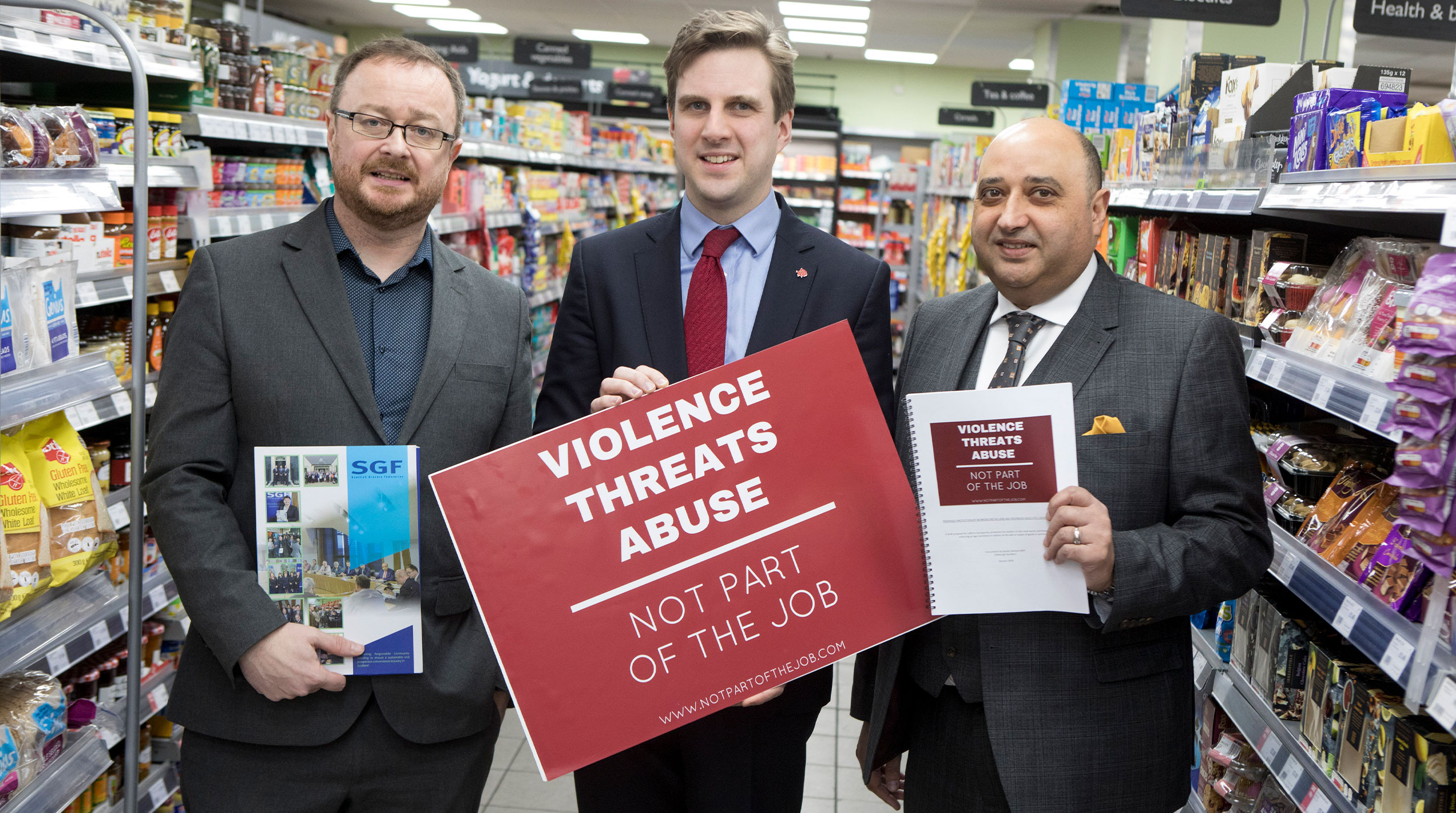 A new law which will give greater protection to Scotland’s shopworkers will come into force on August 24.

The Scottish Government has set out details of the Protection of Workers Act, which has been widely welcomed across the retail sector.

It is supported by the Don’t Put Up With It campaign – spearheaded by the Scottish Grocers’ Federation (SGF) with support from the Scottish Government – which encourages all shop owners and staff to report every crime recorded in their stores.

The Protection of Workers Act – tabled by Edinburgh Southern MP Daniel Johnson – was unanimously supported as it was passed by the Scottish Parliament in February.

The Act establishes a new offence of assaulting, threatening or abusing a retail worker. It also provides for the offence to be aggravated where the offending behaviour occurred because the retail worker was enforcing a statutory age restriction.

The new law is supported strongly by SGF and its members, many of whom have already taken a pledge to ensure that police know about every offence they encounter.

SGF Chief Executive Dr Pete Cheema said: “August 24 is a date which cannot come soon enough for our members and their staff. This is a law we have long hoped for and which is needed greatly.

“No-one should have to put up with being threatened, assaulted or become victims of theft as they go about their work. The Protection of Workers Act proves that these crimes will be taken seriously and that those responsible will be brought to justice.

“Our Don’t Put Up With It campaign reinforces that message. Shop staff need to report every incident to police so that the message that retail crime will not be tolerated is heard loud and clear.”

Click here to find out why the Don’t Put Up With It campaign is so important.