Don't Put Up With It > News > News > SGF President: #SayThanks. It makes a difference 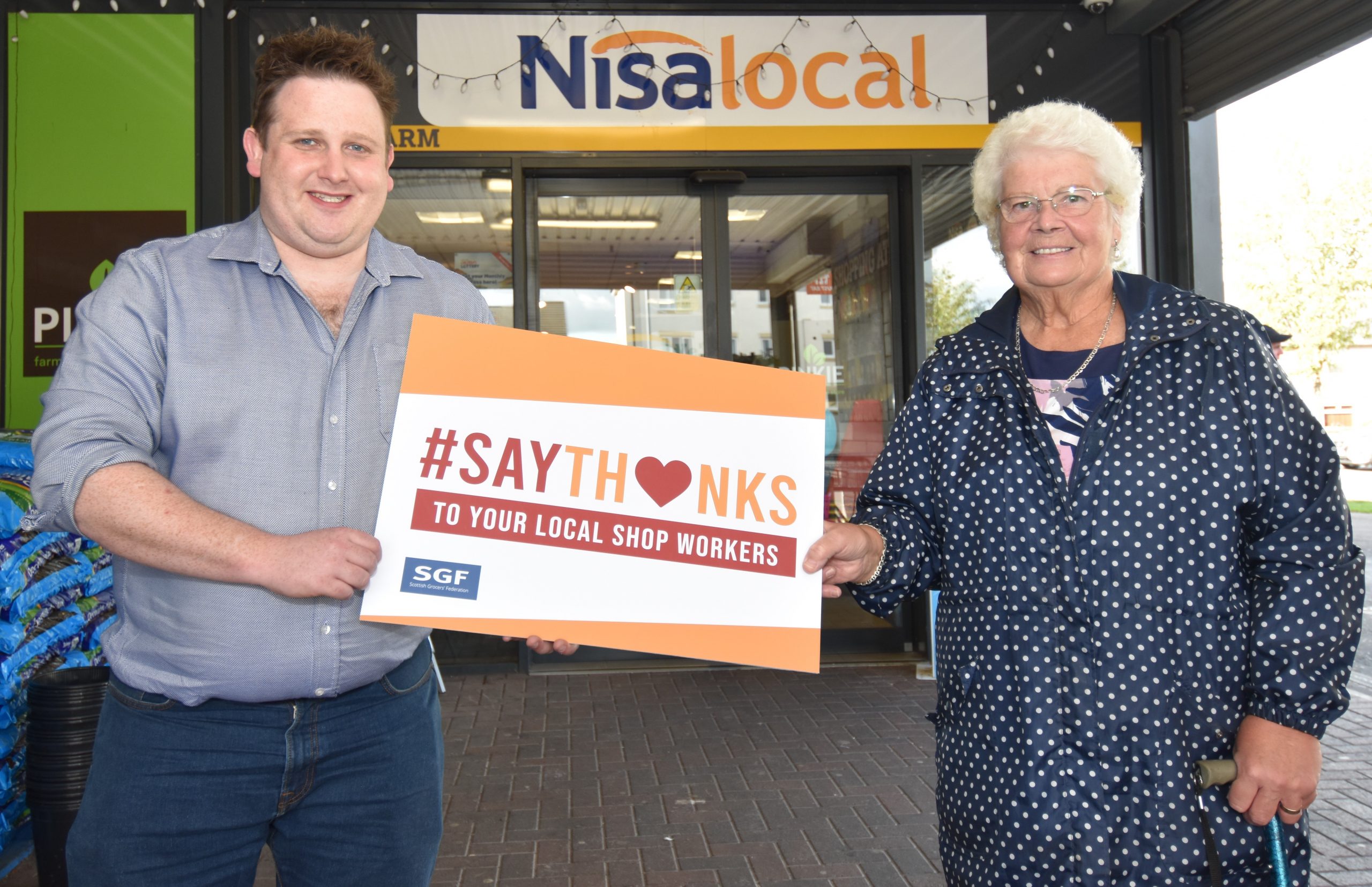 He is championing a drive led by SGF for people to show their appreciation for all that retail staff do for their communities as of a campaign following the Protection of Workers Act coming into law.

Speaking as he promoted the campaign with customer Valerie Grant at his Pinkie Farm convenience store in Musselburgh, East Lothian, Mr Brown said: “You can’t underestimate what it means to us when people say thanks.

“That’s never been truer than in the past 18 months or so when the situation has been extremely difficult for all of our staff. It brightens your day when people show their appreciation for the service they’ve received.”

The Protection of Workers Act gives stronger protection to retail staff across Scotland who suffer threats, abuse or assaults and has been widely welcomed across the sector.

SGF is highlighting the new measures through it’s Don’t Put Up With It campaign, which champions a zero-tolerance stance against trouble in stores.

And, while it urges retailers to report every crime they witness in their shops, it encourages shoppers to say thank you to those serving them – and also post a picture on social media of their local shop using the hashtag #SayThanks.

As she was photographed with Mr Brown, long-serving customer Mrs Grant said of the team at Pinkie Farm and the work they do: “They make a real difference.”

Mr Brown, who highlighted the #SayThanks call with First Minister Nicola Sturgeon at SGF’s annual conference, hopes that Don’t Put Up With It will both help clampdown on crime in stores, while encouraging greater respect for retail workers.

He added: “I don’t think a lot of people realise what goes on, in terms of some of the problems those who work in our shops face. They put a brave face on things.

“When I explain to customers or friends what shop workers have to put up with on a daily basis they are genuinely shocked.

“Hopefully by raising awareness people will think twice about their behaviour and retailers will report all crimes.”

Click here to see the SGF members who have taken the pledge to report all retail crime.