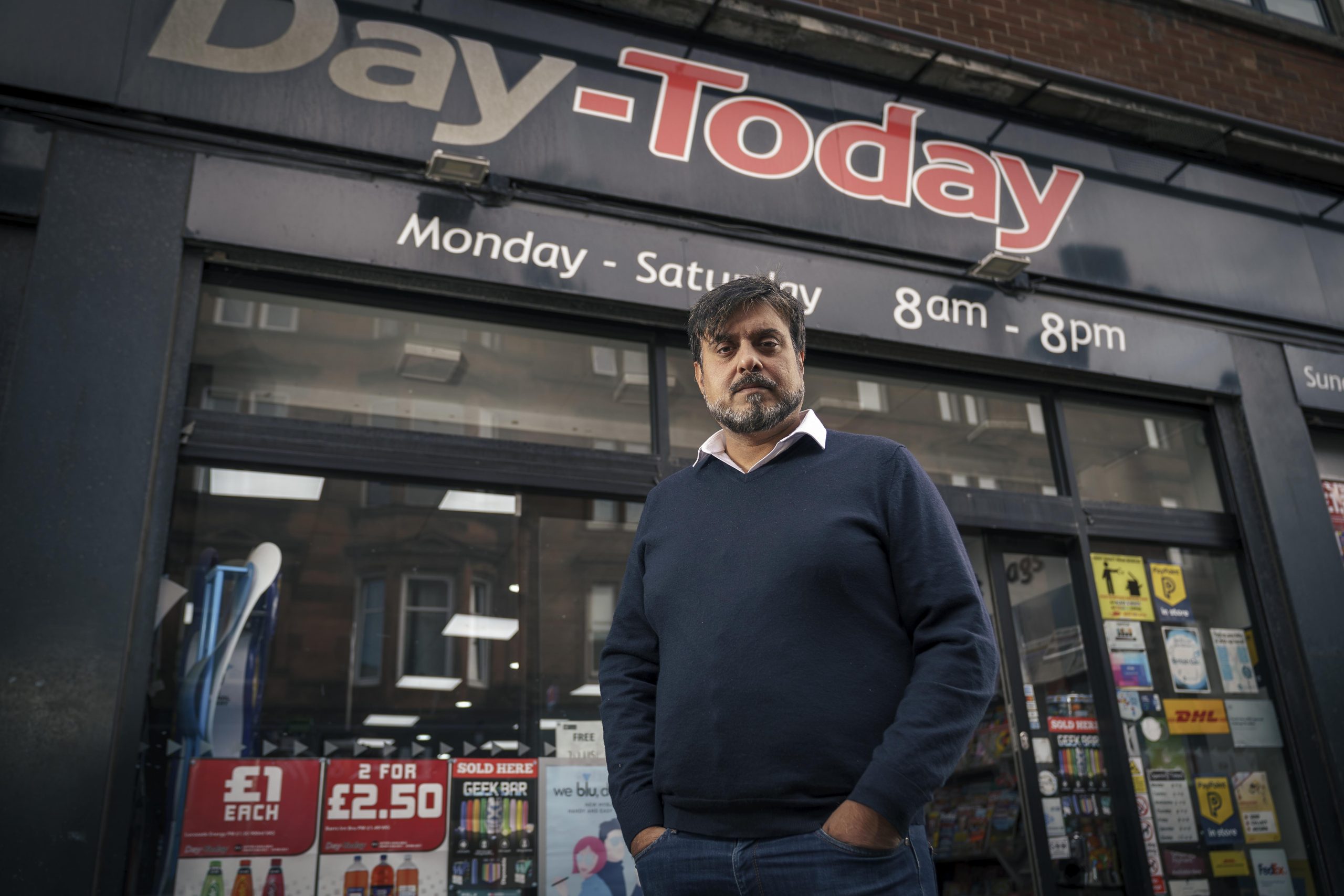 A shopkeeper who was attacked with a machete and has lost an estimated £150,000 to retail crime says a tough new law demonstrates that trouble will not be tolerated.

Mohammed Rajak, known as Rajak, has run a convenience store in the East End of Glasgow for 30 years and is acutely aware of the impact of abuse of retail workers and thefts from stores.

He is backing The Don’t Put Up With It campaign, urging shop staff across the country to report every retail crime as powerful new legislation came into force this week.

The Protection of Workers Act gives greater protection to shop workers by making it a specific offence to threaten or abuse them. It also provides further legal protections when the worker is carrying out statutory duties such as age verification – a significant trigger for staff facing abuse.

It is supported strongly by the Scottish Grocers’ Federation, which is spearheading Don’t Put Up With It to ensure that the new law becomes a powerful deterrent of crime by ensuring that those responsible for offences are prosecuted.

Father-of-three Rajak, 50, owner of Buywell Day-Today, said: “The Protection of Workers Act will make people realise that they will be punished for the crimes committed in our shops. We will not put up with the threats and abuse that we get – and this reinforces that.

“We hope that if people who think it’s ok to abuse shopworkers realise will get a criminal conviction that may harm their prospects, it will be a powerful deterrent.”

Rajak and his colleagues have witnessed – and been the victim of – crimes of all types during his career.

Recalling the most serious incident – when he was hospitalised following a machete attack in 1994 – he said: “It was 7:55pm and I was pulling down the shutters. A gang of youths were walking by – and they just decided to attack.

“I fended them off and they ran away. Then I realised my boots were full of blood. I called an ambulance and was taken to hospital. The doctors said I was lucky they missed an artery. They had hacked my leg with a machete.

“Physically, I recovered pretty quickly, though there was pain for a long time, though I do a lot of hill walking and sometimes still feel pain then. Mentally, it took me a good couple of years to get it out of my head.”

Research by the British Retail Consortium estimates the cost of crime to retailers across Britain to be £2.2 billion a year. Almost 90% of shop workers who responded to a survey also said that they had experienced verbal abuse at work.

Shoplifting is one of the biggest criminal issues that retailers across Scotland have to contend with – and which SGF is urging store bosses to report every incident of to police.

“This is not something that just happens every day – it’s every hour,” Rajak, who employs four staff, explained.

“You get the odd person who genuinely forgets something, but shoplifting ranges from a child putting a lolly in their pocket to people trying to get away with full baskets of shopping.”

Over the past 30 years, the businessman, who is well known in the community for charity work, estimates shoplifting has “easily” lost him £150,000.

“And they are the cases I know about,” he added. “When you think about it, that could be my pension. I might have been able to retire five years earlier or been able to reduce my hours had I had that income.”

The owners of hundreds of shops across the country have made a pledge to report all retail crimes as part of the Don’t Put Up With It campaign, which is supported by the Scottish Government, Police Scotland and Crimestoppers.

Dr John Lee, SGF’s head of policy, believes this is an important statement for the new law to have an impact.

“The simple fact is that if police do not know about crimes – no matter how small – they cannot take action,” he said.  “We need to ensure that the police, politicians and the public know the full scale of retail crime. To do that, we need retailers to report every type of offence and show that they are not going to put up with them.”

The Protection of Workers Bill – proposed by Edinburgh Southern MSP Daniel Johnson – was passed unanimously by the Scottish Parliament earlier this year.

It’s a move which sees Scotland lead the way across the UK in the legal protection it is offering retail staff. The most serious of offences will be punishable with prison sentences.

Dr Lee added: “Most people would be disgusted if they realised the levels of abuse that so many of our retail workers endure at work. Being subjected to violence and aggression should not have to be part of anyone’s job.

Find out how you can take the Don’t Put Up With It pledge by clicking here. Show your support for the campaign on social media using #DontPutUpWithIt.